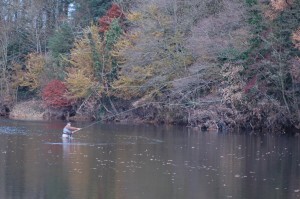 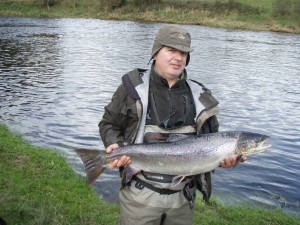 The Annan may not be in the “premier league” of Scottish  salmon rivers, but it is not far behind and offers great value for money.  Why pay thousands per week to fish on the Tweed, Tay or Spey?  They are unlikely to be ten times better than the Annan.

River Annan’s salmon season runs from 25th February to the end of November (the last 2 weeks being a temporary experimental “extension” on catch and release only). In the last few years July and August have been good for salmon on the Annan but these have been wet years. Traditionally the Annan is known for “back-end” salmon and has good runs caught in the last two months (October and November).  In the 1950’s the Annan was a Spring river and a few do run the River in February to April, but now these must be returned alive if they are caught.

Official statistics show that the Annan’s salmon catch (in numbers) is usually in Scotland’s Top 20, with an above average weight of nearly 10lbs.  The Kirkwood beat, on the Annan, is known for big salmon.  In most years we catch at least one salmon over 20lbs, sometimes several. 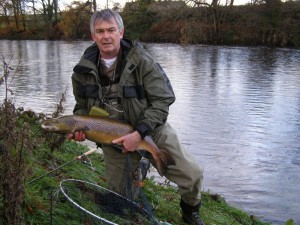 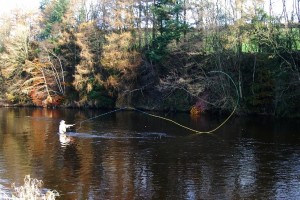 Those staying in Kirkwood Cottages have priority access to the Kirkwood beat but it is advisable to book in advance or there may be no space.   We only let 4 rods on Kirkwood and Anthony keeps another 2 for himself.  We also have the Jardine Hall beat to rent.  This is a fantastic beat about 8 miles upstream of Kirkwood.  It has lovely fly water.

For advice on several other beats on the Annan where day or weekly tickets can be bought have a look at the FishAnnan website.  Each beat has different advantages, disadvantages and, often, different rates and conditions.

Why not join us on one of our Salmon Schools? Fantastic fishing, first class tuition, accommodation & all your meals are included in the price!