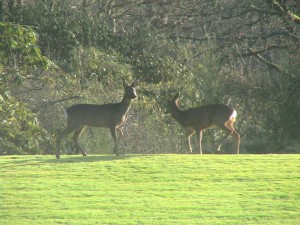 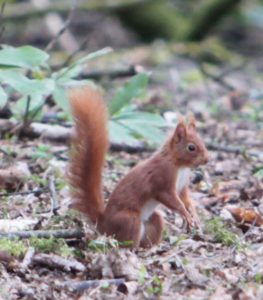 Picture of deer:  on Anthony’s lawn taken by Anthony from office window   Picture of Red Squirrel taken by Helen Barrington just off the road coming up to the cottages

A holiday at Kirkwood Cottages can be a wildlife delight and we are blessed with the most wonderful array of animals and birds, so don’t forget to bring your camera and binoculars for a self safari.  Our guests often comment on the creatures they have seen for the first time whilst on holiday here.  You might see…

but there are many, many more.  At Kirkwood we don’t believe in showing imported species so forget lions and giraffes, here it’s all indigenous and totally wild.

The safaris take three forms – mostly people “self safari” where, after advice from the Kirkwood team, the holiday maker will walk to the suggested spot or hide, and wait patiently for the otter or badger to emerge.  This can be the most successful method because a group of people is a deterrent to wild elusive creatures like otters.  Too many humans is always bad news for wildlife so numbers are strictly limited at Kirkwood.  However the team here will take guests around the farm on “guided safaris” at times – and in Autumn for example, a fungi expert will teach holiday makers all about mushrooms.  See MushroomSchool.  Finally there’s the “driven safari” option where guests can be guided by the Kirkwood team in a 4×4 vehicle or quad bikes but obviously this disturbs the shy wildlife and it tends to be the sheep and cattle that become the major attraction – or hares, pheasants and woodpeckers that have got used to quads or 4x4s.

Deriving an income from wildlife has meant that the Steel family can re-invest back into wildlife without replying on Government help.  We have for example steadfastly kept grey squirrels out of the farm – greys do invade annually but we have a culling programme and a major feeding programme for the red squirrels that are threatened by the greys.  Gradually it appears the red squirrels are building up immunity to the squirrel pox that the greys bring in and the population of the reds gets stronger and stronger.  Each year, for example, we will trap and cull half a dozen greys while trapping and releasing well over 100 reds on the 600 acre estate.  It’s a great success story, and unlike other farms we claim no financial help from the Government for the squirrel programme.  You, the holidaymakers pay for it all – it’s part of the package of a real farm holiday at Kirkwood. 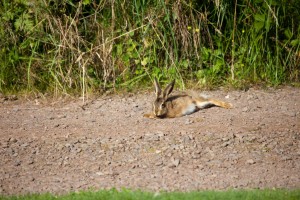 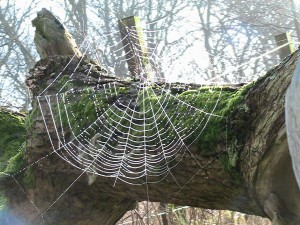 Picture of Hare: taken by the side of ‘Hare Cottage’ (ironically) by Neil MacDougall on a break from fishing.  Picture of impressive spider’s web by Anthony

Nearby, at Caerlaverock, is the Wildlife and Wetlands Trust reserve is where 12,000 barnacle geese winter each year along with duck, waders and swans. There is also an RSPB reserve at Mersehead near New Abbey on the Solway Coast. 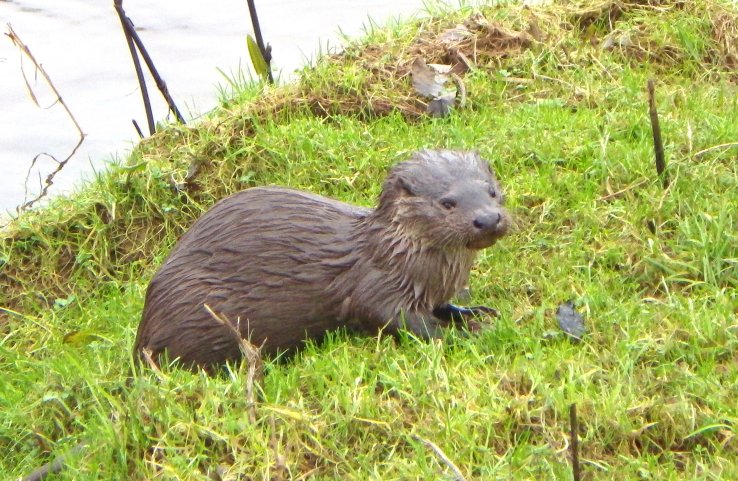 Kirkwood Otter – taken by David Dunstan on the riverbank.